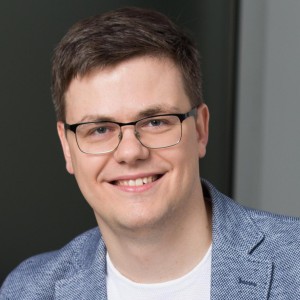 Two years ago we started implementing a corporate loans application for one of the largest financial institutes of Russia and Eastern Europe. Since then the system has grown to the size of more than 32k rules and is now being developed by three independent teams producing about 4k check-ins per week.

Working on this project was a great experience for everyone in our team as it was the largest and the most challenging Pega project we had ever had before, and we’ve learned many lessons.

One of the important things we’ve found was that despite the ‘no coding’ paradigm unit testing on complex Pega project is as much important as on any other software development project.

One day something went wrong

The problem occurred unexpectedly. We were releasing a critical milestone version with numerous complex integrations with back-end systems. System testing identified a number of defects in integration scenarios. All teams involved had two weeks left to fix their applications.

At first it seemed to be a routine procedure:

The list of scenarios to be changed on ‘our’ side was not short, but it didn’t look frightening. It took the whole team about a week to rework integration layer of our application.

We were sure that we would deliver our application on time, because no one could ever imagine that it would take another two weeks and numerous releases to QA to fix all the issues occurred after those significant changes we made. As a result we failed to satisfy customer expectation of getting application released on time.

We analyzed this painful failure and identified the following core reasons:

Considering our expertise in Java we were aware that similar problems in Java projects are usually solved by using such practices as unit testing, test-driven development and continuous integration. So, introducing these practices into our project seemed just natural.

We decided to start with creating automated unit tests for integration layer as it was the most complicated area of our application producing up to 80% of bugs.

Considering integration layer architecture described we intended to create a test suite for each integration point consisting of:

The first thing we tried was Pega Test Cases. While it proved to be useful in simple applications, it appeared to have a major restriction for enterprise-scale projects: one cannot control rule dependencies isolation in tests.

In our case it meant that we wouldn’t be able to implement isolated testing not only for connect activity but also for data transforms as they could use data pages that were referencing other rules (activity, report definitions, other data transforms, etc.) as their data sources. Thus, Pega unit testing was applicable for implementing only one of four test types we intended to create for each integration point – the integration component isolated test. Moreover, this was possible only for integration components and only thanks to Integration Simulation mechanism which in turn raised additional flexibility and maintenance issues.

The restriction described above wasn’t the only concern we had about Pega unit testing capabilities:

Given aforementioned restrictions and concerns we definitely needed another approach to automated testing.

We started by gathering a strong team of Pega and Java project veterans. Through brainstorms and feedback from project teams we crystallized main features of what we needed:

After several months of prototyping and implementation alpha version was released to be piloted on a small subset of rulebase. The pilot was a success as tests immediately started bringing value: finding several subtle defects at the time of writing them and later preventing new regression defects from moving further.

After almost a year, most our projects adopted new unit testing approach. The instrument we’ve created required a name, so it emerged: Ninja.

Ninja provides client-side Java library that allows you to write JUnit tests for your rules, so unit testing Pega application becomes as easy as in Java.

What makes Ninja so convenient for testing Pega applications?

First of all, Ninja encrypts and securely stores your credentials and uses them to log into Pega and run tests on your behalf. This means that you can run a test over a checked-out version of a rule.

Second, Ninja uses the same session for consequent test runs, it means that you can identify a Requestor used by Ninja and trace it to see what’s going on when a rule being tested is invoked.

Ninja allows you to setup environment easily and precisely.

You can mock rules invoked directly or indirectly by a rule being tested. This enables you to test your rules in a manageable isolation.

You can invoke in your test scenario almost everything that has behavior in Pega 7 (unit testing is not suitable for long-running processing and GUI that’s why Ninja doesn’t support Flows, Flow Actions, Sections and other GUI-related rules).

You can assert test results comprehensively.

With the help of Ninja we covered major integration scenarios with unit testing:

While creating our unit test base we identified a number of commonly used setup routines and assertions and extracted them as a reusable library. This helped us to reduce costs of covering the application with unit tests.

At the time of writing, our loan application has several branches: bug fix for production and several release scopes. Every branch is covered by unit tests which evolve just as application does. Tests are stored in VCS and are branched as well. Production branch has 350 tests, whereas last release branch up to 500.

Unit tests are run by our build server for each branch individually every 30 minutes. It means that our team receives application health status every 30 minutes and can react timely on bugs introduced by recent changes.

Ninja allows faster delivery of higher quality product due to:

Our experience told us that unit testing was not the only area of Pega platform developer tools that had substantial restrictions in comparison with modern tools available for Java and other ‘traditional’ application development platforms.

Considering feedback from project teams and brainstorms we identified features to be added to Ninja next:

We believe that these features will make Ninja a comprehensive toolchain for adopting DevOps in Pega projects.